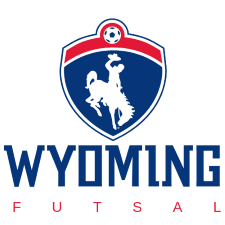 FUTSAL Youth Development Program
CSC FUTSAL  for the 8U - 14U player - Birth year 2006 to 2012
Futsal is a variant of soccer, played on a hard court indoors with border lines, walls are not used.  There are 5 players per team on the field, one of which is a goalkeeper.  The game will be played with little, or no contact.  Futsal will motivate players in an environment that is conducive to learning and improving foot skills.  It allows the player to frequently touch the ball on the field and presents many opportunities to score goals and score often. Futsal allows the game to be the teacher and the coach is the facilitator.

Wyoming Soccer Association (WSA) has received a soccer grant to grow the game in our area.  The WSA Futsal league is being offered to us at no cost!
Teams will participate in training sessions prior to the WSA League Games.
The League games will be on November 23 & 24, 2020 in Casper at the NCSD Community Activity Center.

As the Casper Youth Soccer Program continues to grow, we seek support from the Natrona County community and beyond.
Donations and sponsorship's support the various programs of the Casper Soccer Club from the need of equipment to the painting of the fields and to the offering of scholarships to participate.

The Casper Soccer Club is located in the center of Wyoming in Casper.  We provide recreational and competitive soccer programs for ages 4 to adult.  The Home of the Casper Blades.  CSC serves Casper and the surrounding areas.